Alpha 2 has officially launched and you can now experience the latest content added to AetherStory.

All you need to do is Donate at least $20 to unlock ALPHA and BETA access! And once your donation is processed we will send you a key to the game. Donating unlocks many more perks which are all a way for us to say thank you for believing in us!

If you find any bugs be sure to report them to us using our GitHub issue tracker.  And be sure to post your comments, thoughts and suggestions on our forum right here on the website!

Thank you for playing AetherStory! See you in game! 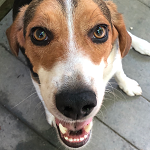 So glad that the random zooming in while typing was fixed! All great improvements! :D