The first instanced group dungeon has been released in Aether Story! Our MMORPG in Alpha Testing. Read more about this dungeon and download our Pixel Art Retro MMO today!

The interior of the windmill has been completely remade to our first group instance dungeon! You may find the Abandoned Windmill in the south-eastern corner of the Meadows zone. There have been reports of haunted activity within. Becareful, this place is dangerous!

Warning! Bring a friend or two. This is a group dungeon. Do not try it alone!

Dungeon Portal and Pedestal:
Every dungeon entrance will feature a swirling vortex to indiciate where you are about to enter is an instanced dungeon.  Near by you will also find a dungeon pedestal. This pedestal allows you to reset instances, and in the future control the dungeon difficulty.

New Roaming Encounters:
Enemies that roam the dungeon randomly that you can try to sneak past.

New Forced Encounters:
Enemies that require you to defeat to get past them.

The bosses of the dungeon share some loot from the Todd encounter from last month's Easter Event, but also have new loot items including a new ring, weapons and a rare robe.

The Golden Chest:
Deep within the dungeon is a special chest that respawns each time you reset the dungeon, and may be looted by everyone.

This dungeon was developed as a primary way to allow the player base to continue to get the (current) best gear in the game even after the easter event boss, Todd, was removed.  But since a lot of players already got most of the loot from Todd, and many didn't get the rarest drops from Todd, I wanted to make sure there were not only new items in this new dungeon, but also easier to obtain items that filled the slots that many couldn't fill (mainly the weapon and accessory slots).

This patch also let us test out our instance tech better by introducing a dungeon reset pedestal, encounters that don't respawn in the dungeon, instance based puzzles (even if a light version of such), and a shared consistent instance state that the party shares.

This dungeon will be revisited in the next patch with quests and a small expansion of a few new rooms to support said quests. This will hopefully come with the very same patch that adds some basic skills and spells to the game. All of which will make redoing the dungeon feel fresh and exciting!

One thing many asked, "will this dungeon be going away?" and the answer is no. This is the first dungeon in our game, and is designed for level 5's that want a challenge to experience as an alternative leveling source (once the level cap increases past level 5).

For now be sure to download the game and check out the game's current Alpha.

this update is the real mvp

Love the dungeon! Excited to take on the new bosses and get all the new loot! Excited to see what new dungeons will be coming in the future. :) 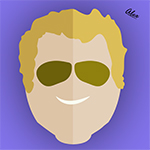 The rat can suck it BUT I had fun perusing the den of Skellys and Rats.

The game is starting to take shape, dungeons are fun with friends & help socialize. skills will be amazing !