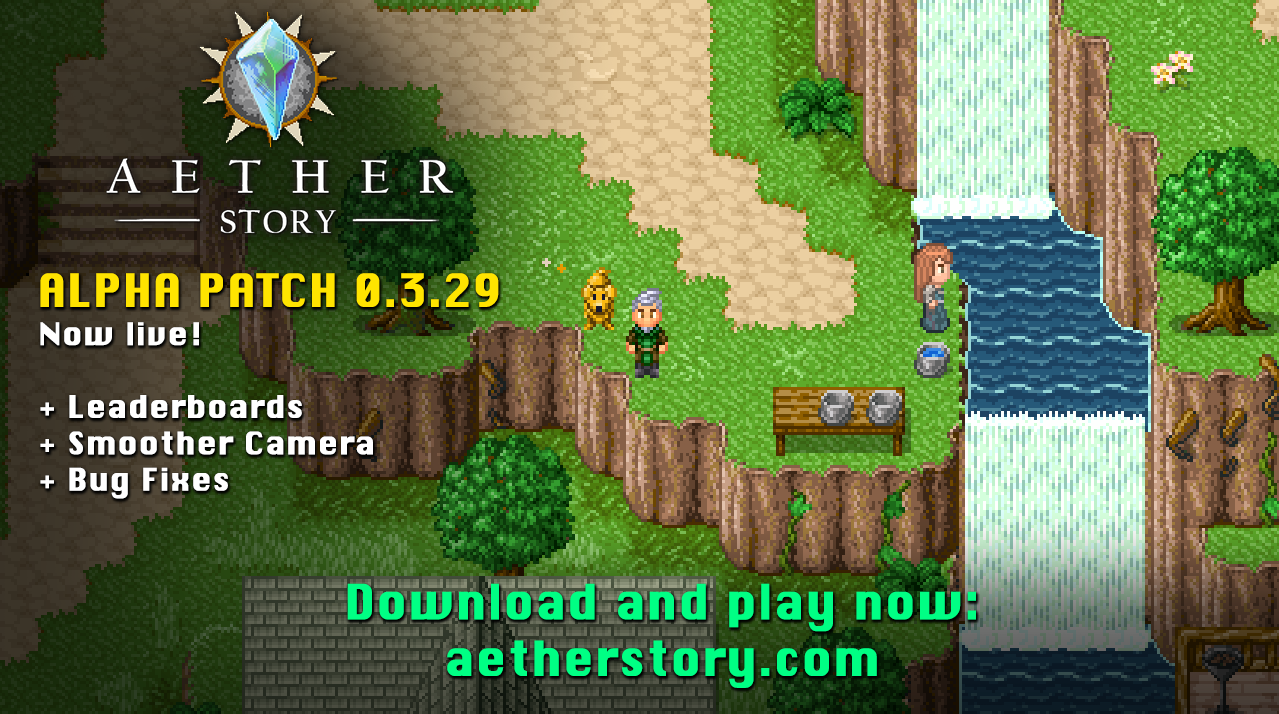 Please note: You will need to download a new launcher to experience this patch. The old launcher's download button does not work. Re-download it below at Itch.io. Thank you!

Note: This change log includes changes that were included in versions 0.3.22 through 0.3.29.

Please note: You will need to download a new launcher to experience this patch. The old launcher's download button does not work. Re-download it above. Thank you!

We are half way to reaching our monthly funding goal.  As an added bonus for helping us reach this funding goal we will be super charging the battle creation and feature set. This will enable us to add more than just a basic prototype to the next Alpha patch, and allow us to add more battle features sooner, including more example skills and spells, item usage, and more time spent on spell effect and animations.

If we do not reach the funding goal then these extra features will be postponed for future patches. So if you are excited to see battle added, please consider helping us reach this goal. Your funding contributions help us keep going.

As a special thank you for your support in helping us fund the development of Aether Story, we will also be giving those who donate at least $10 this month a limited edition Golden Pupper, named Lucky!  This pet will never be made available in the future, so don't miss out.  Once this month is over, you will never be able to get it!

Please let me know what you think of the changes in this patch! At the very least drop a like on this blog post!

Join us in Discord to discuss Aether Story:  discord.gg/phanxgames