Over the last three months we have all been working hard towards the Alpha 3 release. This next release will be adding items, quest rewards, treasure chests, menus, a new location, new quests and more!  It is a feature rich update that will be coming soon.

Most of July was working on bug fixes and minor improvements for the Alpha 2 release.  These included improving quests, making minor map changes to improve quality of life, and adding a new feature: Telepads.

Telepads were added to allow ease of getting around the world.  Since there won't be mounts, or a traditional World Map that JRPG's normally have to get around easier, telepads have been added.  Telepads allow you to discover locations around the world and then fast travel between them.  Requiring you to find the telepad first, ensures you still explore the world and find new locations on foot.  And since you can only travel between telepads, you do have to return to a telepad to fast travel between them.  It should still encourage exploration and the sense of scale, but improve the speed it takes to revisit locations you have already visited. 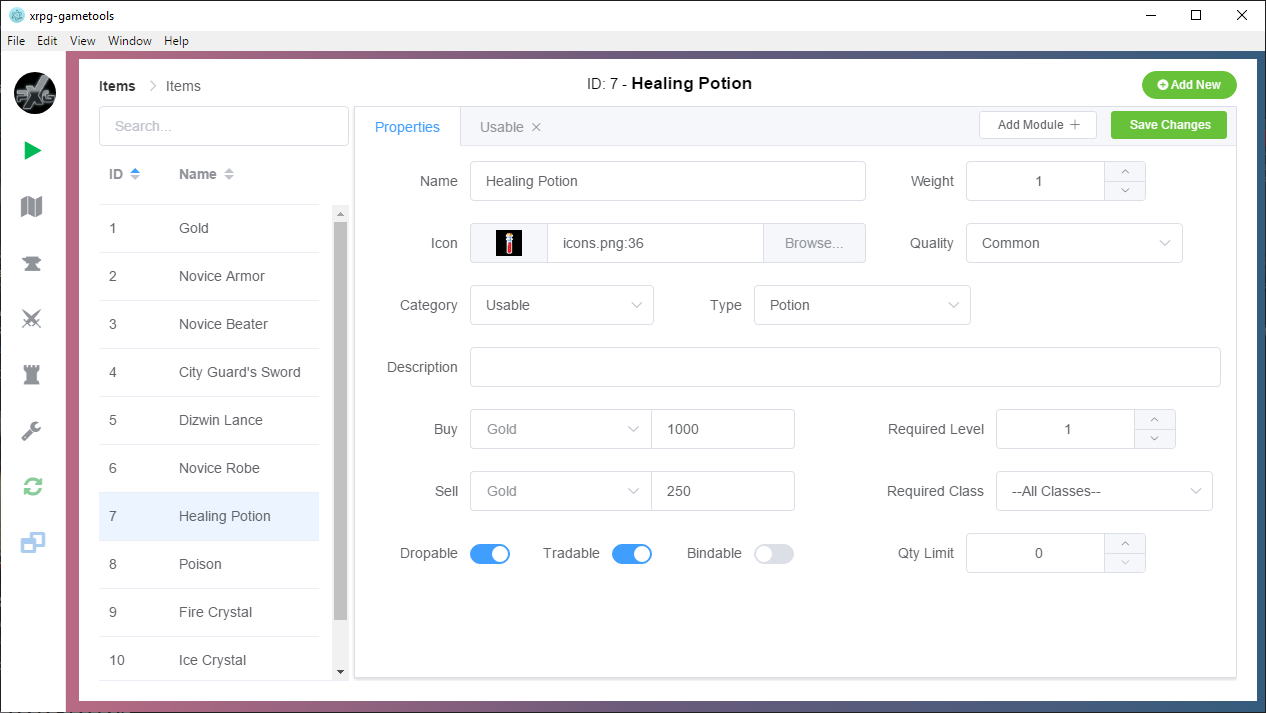 Shown is the Item Panel: creating a Healing Potion.

In the month of August work continued on the control panels. We needed to add one more control panel:  loot tables.  Loot tables were required to create treasure chests. We want the ability to have treasure chests to each contain a random set of items.  All we need to do is create a loot table with the items that can be found for a given location, and then create a series of chests that all share the same loot table. And then each time a chest is opened a random set of those items will be found.

Once the control panels were done it was time to switch back to game client work.  In order to get menus into the game we needed to change the Graphical User Interface (GUI) library that is used within the game.  Up to this point we were using a GUI library I created a couple years ago.  The old GUI we found was full of bugs and would be a bad investment to double down on.  Eariler this year we began work on a new GUI library and it was time to apply it to the game.

Our new GUI library known as Pheathers, based on the FeathersUI library, was successfully added to the game.  This month was spent ditching all old user interfaces and replacing them with Pheathers.  This included redoing the login screen, which we decided to make identical; it is almost impossible to tell the difference.  Then it was time to redo the Character Listing screen, this screen also seems almost identical.  However, when it was time to create the Character Creation screen, it was time to consider improving it.  The new Character Creation screen now zooms in on the character on the cliff and allows you to edit it right there on the screen, rather than in a window. 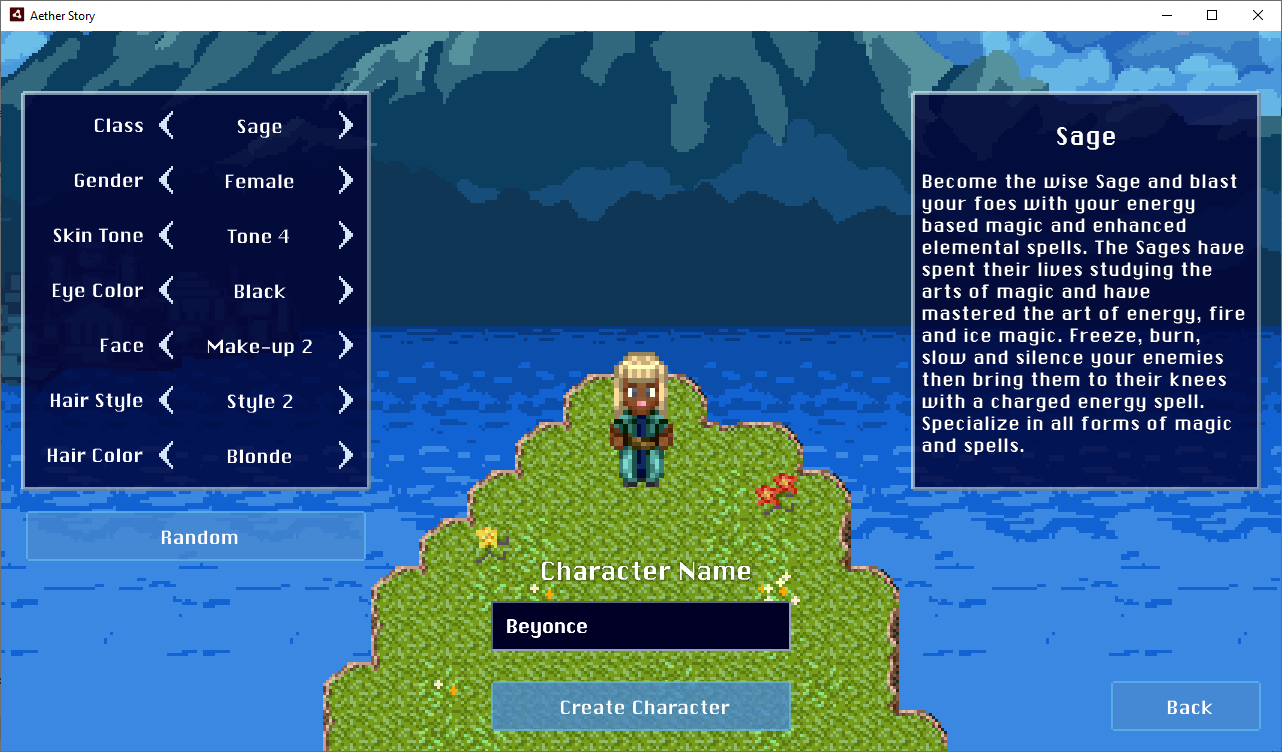 Once we got all the pre-game interfaces complete, it was time to get the in-game overlay interface updated. This included the new chat pane, quest objective pane on the side of the screen, which both were created to look identical to the previous ones.

By the end of the month all interfaces were recreated in the new GUI library and we were caught up with where we were before the massive GUI refactor.

September was all about new menu interfaces.  The goal was simple: let's create in-game menu layouts for every menu that we need for the Alpha 3 release. This included the the inventory menu, equipment menu, quest log menu, quest reward screens, settings menu, and more!  This took the entire month, but I got it done.  All neccessary menus have been laid out and visually created.  And now it is just a matter of time to get all the menus functional.

Here is an entire list of all the menus and interfaces that were created:

Getting all of that to be functional will take some time. Alpha 3 is still a ways out, but should be ready in the next couple of weeks.

If you wish to support us and the development of AetherStory please consider donating or becoming our patron on Patreon.  Either way your contributions unlock many great rewards including Alpha Access, Behind-the-Scenes access, and much more!  Thank you all for your support.

A special thank you to the Donors and Patrons that made the last three months possible:
Fabian, Miguel, Parker, Grant, Daniel, Alessandro, and Vicente.

Thank you Parker and shield! Alpha 3 is coming along very nicely and I can't wait for you guys to check it out!!

Nice work! You've worked hard and it shows. Can't wait to see what comes next!