In this blog post we will discuss a huge paradigm shift that occurred: we decided to focus on getting an actual playable demo running. Meaning real content for you guys to see and play test.

The reasoning behind this idea was that if we could actually see the game take shape, if people could actually see the vision we have, not a series of boring test caves and debug graphics- it would help people realize what we are trying to achieve.  This was actually something I noticed when people were assuming our game was a "dungeon crawler" since all they saw was a game that took place in caves.  They didn't realize that we were planning out an entire world: full of towns, cities, lands, lore and history.

So the first step was to start working on actual maps that would be in the game.  The first zone of the game has always been "Domhan Forest".  Domhan is a very bright forest with costal cliffs, flowery meadows and mountainous ridges.  The first map we decided to work on was the main town in the forest, known as "The Outpost".  The Outpost was a fishing village that had the Royal Guard recently build a training camp nearby which has turned the small village into a growing town.  Before we could begin to design the town I had to create the pixel art tilesets. 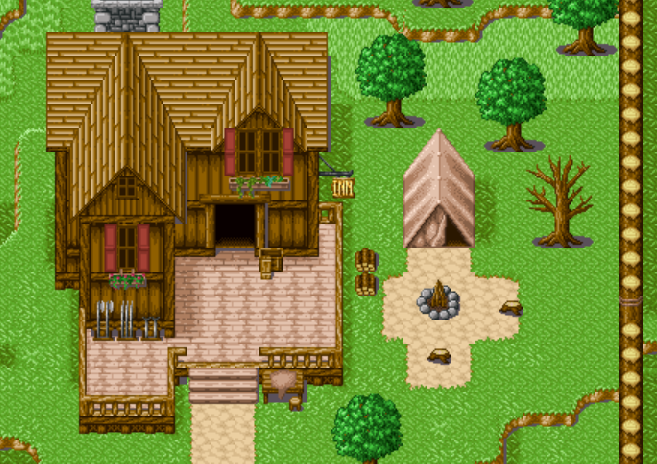 Many days and hours were spent in the month of July making the tileset for the town.  And I think the time invested in the town tileset has paid off.  In the above screenshot you can see the tiles for a shack-style building and a tent campsite. I also had to figure out the style of the trees, grass, hills and cliffs that would be used in the Domhan region as a whole. 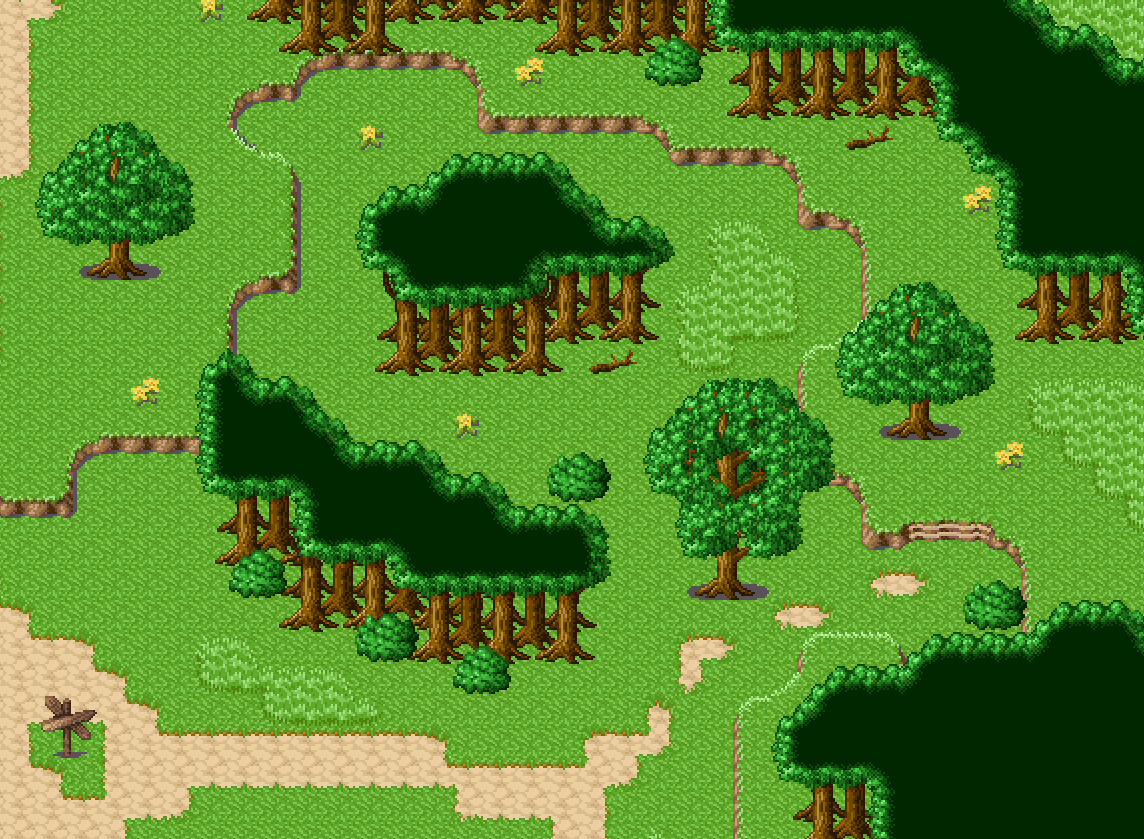 As you can see in the above screenshot, the forest tileset was created using the common nature tiles needed for the Outpost tileset.

Mark took my tilesets and started working on mapping the Outpost and the first forest area in the amazing Tiled map editor.  We went back and forth while I gave him notes and suggestions to improve his maps. Eventually we got to the point where his maps were nearly done, and I took over and went through and added additional customly made pixel art assets and finishing touches.  We didn't get the Outpost completely finished until later in August.  Here are some previews to show how the town evolved over time: 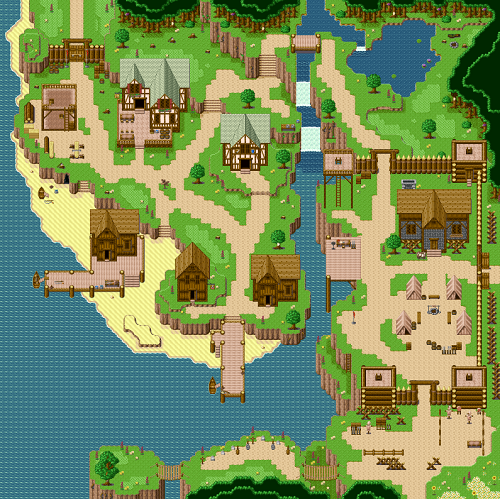 Figure 1. Draft version of the Outpost. 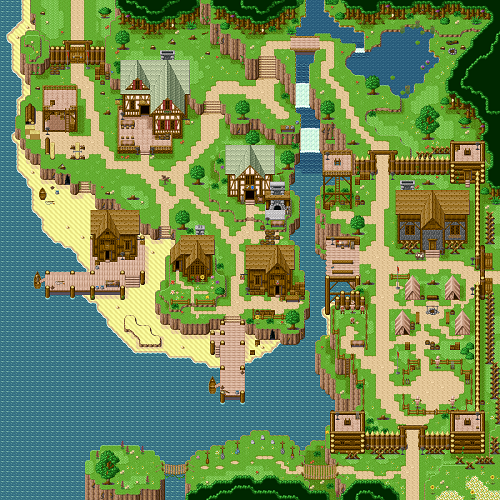 Figure 2. Final version of the Outpost.

Looking at both figures above you can see how the general shape of the town remained the same, but with lots of minor changes and some major changes.  One of the things that we discussed changing was moving the training area of the Outpost Fort area (on the lower right) to be inside the fort walls instead of outside.  This change required us moving the fort wall down, but as a result gave a much cleaner training area.   We also went around and changed the shape and details of some of the buildings, including: the blacksmith now has a work area outside, and the house has a unique shape.   Finally, I went around and added a ton of additional details like barrels, plants and clutter to make the town look like its lived in.

The final product is the level of quality I hope all maps we add to the game match.  We are currently working on four more maps that are each bigger than the Outpost map, and hopefully turn out just as well as this one did.  Be sure follow us on Twitter to stay up to date when the next blog post reveals the next areas.

A special thanks to all the Patreon donors and subscribers on Twitch.  Your viewership and helping me fund this game is greatly appreciated and none of this would be possible without your support.

Be sure to join us on the live Twitch Dev stream and on Discord!  And don't forget to hit that Like button below this blog post to let me know that you read it.

And as always feel free to leave me any comments or questions below!